WARNING: This article contains an image of dead child. It is an important picture but be ready.

I was looking forward to writing something a little less intense this week after pissing off Trumpies and frat boys and Trumpie frat boys. I was going to write a piece about having a one-year-old walking around the house. Then a news story came up about the on-going refugee crisis in Europe as people escape North Africa and the Middle East. A small child’s family was trying to escape the war zone in Syria and had drowned in the Mediterranean. His little body washed ashore in Bodrum, Turkey. His name was Aylan Kurdi. Please remember that name. Aylan Kurdi.

When I first read the story, it said he was believed to be one, the same age as my daughter, Cozette. I immediately exploded into a fit of tears. The thought of losing my beloved child in such a horrible and desperate way turned me inside out. How is this happening?  Apparently there was a picture of the dead toddler but I refused to see it. But this being the internet age, it popped up anyway and I fell to me knees. His corpse was face down in the sand, similar to the way Cozy often sleeps. His little shoes, probably put on by his father, reminded me of how I put Cozy’s shoes on for her big day. Aylan’s big day was his last.

I wondered why everyone in the world wasn’t being forced to look at this picture. We are forced to look at Kim Kardashian’s selfies on a regular basis. This picture is a mirror of the world in 2015. It is the denial of the humanity of immigrants and, therefore, the denial of our humanity. The “news” distracts us with celebrity gossip or what stupid lie Donald Trump has told his flock this week, or how some bigot in Kentucky looks like Kathy Bates in Misery. This one image says everything you need to know about life on Earth right now. I wasn’t going to include it in this blog, but, AS PARENT, I HAVE TO.

If this is your first time seeing it, please take some time to weep. I’m weeping as I write this and then I will tell you why we need to look at this image.

This post is not about Donald Trump. It is about the hateful xenophobia he represents. When he talks about “illegals” and Mexican immigrants being “rapists and killers,” he is denying three very important truths. 1) Repeated studies show that immigrants COMMIT LESS CRIME than non-immigrants. But racists want to believe this lie and Trump and various versions of him in Europe hand it over to bigots looking for an excuse to build walls. 2) Those “illegals” do most of the dirty work in America (and Europe) in this marketplace of labor that nobody else will do. They are not taking jobs away from anybody. And, on top of the hellish conditions they often work in, they are paying taxes (including sales, property, Social Security taxes that they may never get back). 3) Most importantly, they are human beings, just like Donald Trump and you and I. They are not beaners, wetbacks, hajis, rapists or jihadists. They are people who just want a safe and secure home. If you have ever had a child and you see this picture of Aylan, you understand that.

Many of you know my wife was an “illegal alien.” She came from Mexico and crossed from Piedras Negras into Arizona in the middle of the night with the help of two “Coyotes,” like the smugglers who promised to ferry Aylan’s family across the sea. She did not come here to kill or rape anybody. She was eight-years-old. Her mother brought her here because she thought she could give her daughter a better life in the USA. It wasn’t easy, she lost a shoe on a train track and had to hide in caves. When she finally made it across the border, carried by an older man, her group was caught by the border patrol and little Andrea spent her first night in America in jail before being deported. Fortunately, she and her mother had better luck the next night.

I tell this very true story for two reasons. Despite the conspiracy stories that Trump and other fascist hate mongers spin (“The clever Mexican government is sending their worst people…”), the reality is that most people are just trying to make a better life for themselves and especially their children.  If you were a parent living in the Congo or Honduras or Syria, you would do everything possible to get your family to a safe place, where you could work and your children might not be murdered or be forced to become soldiers or sold into sex slavery. You might even break a law. Do not say you would not.

The second point is that so many of the these immigrants around the world are children. A 2010 Pew Center study found that of the 11.1 undocumented immigrants in the United States, over one million are children (much different from Trump’s image).

The comments of presidential candidate Donald Trump and Hungarian president Viktor Orban lead me to believe either they have some bizarre misinformation about who all these immigrants are or they are deeply evil men. Deeply evil men followed by either ignorant or equally evil people. To see a parent trying to bring a child to safe stable environment and see “rapist” or “jihadist” is nothing short of sociopathic. 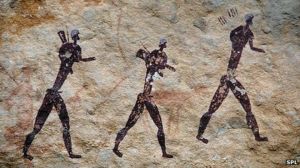 The reality is that we are all immigrants. Ever since Homo erectus walked out of eastern Africa 2 million years ago we have been on the move. We walked across continents and sailed across oceans. Over 20,000 years ago the first Americans arrived along the west coast and down to Chile. And we are still moving. The Blazaks were Czech, but we were probably Polish before that. Europeans moved as much as anybody else. Some, like Native Americans and Latinos in the Southwest moved and then were colonized by other migrants. The same thing happened to the British when the Vikings showed up. And if you’ve ever moved across county lines to find a better life somewhere else, you are an immigrant. If it’s not you, it’s probably your parents.

As a parent, I am ready to move for a better school or a better job to provide for my child. I may emigrate to Georgia or Mexico or Southern Oregon. Each place has it’s unique laws and culture. We will be outsiders and not “real (insert geographic identity here)” and because we are from Portland, they may think we are pot heads or music snobs or, horror of horrors, Vegan liberals. We tend to think anybody who comes to a place after us are lowly interlopers. “I’ve lived in this Portland neighborhood since 1999, before all these lame ass hipsters and gentrifiers moved in! This is MY neighborhood!!!” said I, more than once.

The horrific scenes coming out of Europe have dominated the news there all summer. Here it was more about Duggar sex scandals and “Is Rachel Dolezal black???” Even the American media downplays the crisis by referring to refugees as “migrants,” like they just want to move to Germany to work at McDonalds. These people are fleeing wars in Syria, Iraq, and Afghanistan; wars that we had a significant role in ramping up. Just as Obama continued George W. Bush’s wars in the Middle East, Clinton signed George H.W. Bush’s NAFTA legislation, creating the economic situation that has driven so many Latin Americans northward. The point is whether you are a Republican or a Democrat, you can share in the blame for the misery that forces families to risk life and limb to find a better life for their children.

So, immigrants and children of immigrants (that includes my Native American friends and Aboriginal people around the world), lets do something. Let’s recognize the common love and dedication parents have for their children. 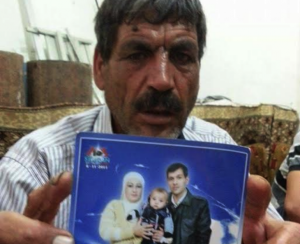 Aylan Kurdi was a three-year-old boy who, with his five-year-old brother and mother, drowned when their small overcrowded boat capsized. They had been on a tortuous journey from their home in Kobani, Syria, destroyed by the duel tyranny of Bashar and ISIS, and were trying to get to a family member in Vancouver, B.C.. Alyan’s father, Abdullah, tried to hold on to his family but lost them in the high waves. He was just trying to give them a secure future but he lost everything. I have to believe that I would have made many of the same decisions as Abdullah for my family in that situation, as well as the parents who cross the border to work (not to commit crimes) in America and send their wages back to their family. When I see those children, I see my child and myself.

So let’s reject the stereotypes and the fear-mongering. Europeans (Christians, Muslims and others), including in Hungary, have been coming to the refugee camps with food and clothes and begging to help. (Of course, others want to build a new wall in Europe.) On U2’s opening European show in Italy last week, Bono asked the audience, “What do you want? A Europe with its heart and its borders closed to mercy? Or a Europe with its heart open? What do you want? A place called home.” Sunday, Pope Francis asked European Catholics to open their doors. “May every parish, every religious community, every monastery, every sanctuary of Europe host a family, starting from my diocese of Rome,” he said.

Can you imagine conservative Christians coming to the Mexican border with food and blankets in true spirit of Jesus and saying, “Welcome to your new home. You’re safe now. What can we do to help?”  Mike Huckabee might burst into flames.

The images are too much, you have to do something. Andrea was reading the news from Europe in tears. She was thinking of her own journey, but most of all of our daughter. Aylan looked like Cozy and the kids getting tear gassed in Hungarian camps look like Cozy. We’re both not working but we made a $100 contribution to Mercy Corps’ Syrian Refugee Fund. It’s just a little something, but it’s something. Andrea is going to volunteer with Mercy Corps and I’m looking into other ways to spread the word.

If you are a parent and you are moved by the picture of little Aylan, I would ask you to do two things after reading this. First, think about what you would do to keep your family safe and secure. And second, I would ask you to do something to help immigrants and refugees somewhere in the world. That child could be your child.

Ways to help (They need more than prayers):

These 6 groups you may not know are doing important work to help Syrian refugees.

12 thoughts on “What would you do to save your child? #Weareallimmigrants”