When all the hullabaloo about banning transgender people from bathrooms in North Carolina hit the front page, my brilliant wife said something profound (as she is wont to do). She said, “As the mother of a daughter, I only have two things to worry about, BOYS and MEN.” There are no cases of transgender people attacking children in restrooms. There are endless cases of BOYS and MEN attacking girls and women in every conceivable location, including on a subway during morning rush hour in the nation’s capital. How we raise our BOYS has a lot to do with the hell that girls and women face on a daily basis.

The reason people are opposed to transgender people using their restrooms is partially a product of transphobia but it’s also due to the fear that MEN, costumed in drag, will somehow abuse the bathroom right and assault girls and women. So trans people are punished for what MEN do. Frankly, I think much homophobia, in general, is rooted in this threat by MEN. Homophobic MEN are afraid gay men will treat straight MEN the same way straight MEN treat women; by sexualizing them, objectifying them, hitting on them, and raping them. I try to tell MEN that if a gay guy is looking at your ass, you’re safe. Just take it as a compliment. Those guys have high standards!

Even before Cozy was born, MEN started telling me that I needed to get a baseball bat (or a gun) and be ready to beat down any BOY or MAN who harms my daughter. “If somebody lays an unwanted hand on my girl, I’ll kill him!” I’ve never heard a single father of a BOY say, “If my son lays an unwanted hand on a girl, I’ll kill him!” It’s up to the girls to not get raped. We train them for defense at an early age. When will we train BOYS not to do the raping and the assaulting and the harassing and the objectifying?

There’s plenty of work being done to teach girls and women how not to become rape victims. Maybe she can take a class and learn a few good self-defense moves (“Go for his eyes!”) and her potential rapist will just go rape somebody else who didn’t take the class. There’s not much training of how BOYS and MEN can fight rape. But there’s plenty of training that helps BOYS and MEN to at least think about raping. It’s called our culture.

When I was a senior in high school I got called into the office. I routinely wore shorts to school to defy the unwritten dress code. One day the intercom in my Folk Guitar class squawked, “Will you send Mr. Blazak to the vice principal’s office?” When I asked why wearing shorts was forbidden, the very southern VP said, “Because legs are distracting.” I had to laugh at the thought of my sixteen-year-old BOY legs distracting anybody. But I asked, “What about the cheerleaders in their short skirts on Fridays? That’s not distracting?” The VP gave a chuckle and lowered his voice to say, “Okay, MAN to MAN, are you saying you don’t want to see their legs?”

Right there is the mixed messages we give to girls. On one side, they have a narrow scope of expression or they risk slut-shaming (“Not wearing a bra? You’re suspended!) or being told they are asking to be raped. On the other side, they need to put as much energy into attracting MALES as possible and if their grades suffer, that’s just too bad. (“BOYS don’t make passes at girls who wear glasses.”) No wonder teenage girls get all emo. You have to look good to BOYS but not so good you “get yourself” raped.

Feminists are all too familiar with the concept of “rape culture.” It’s the normalization of rape in our society. The data is clear, nearly a quarter of all American women will become victims of rape. That’s a quarter of our daughters, wives, sisters, mothers, girlfriends, co-workers, and students. If I’ve got a hundred students in my class and half are female, at least a dozen are or will become rape victims. If you reading this and you’re female that’s not news to you. If you’re MALE, you might have done the raping or want to. Or just maybe you want to stop your fellow BOYS and MEN from raping. What BOYS and MEN fear the most about going to prison is what girls and women fear every day.

If you don’t believe rape is normalized, just watch a few episodes of Game of Thrones, a series that must be written by teenage rapist wannabes. “Rape as entertainment” is justified on that show because some of those rapists get their heads hacked off. Yeah! A survey last year found that 1 in 3 college MALES would rape women if they could get a way with it. Think about that. That’s rape culture. I’d like to give that survey to the MALES who watch Game of Thrones. I bet it’s a lot more than 1 in 3. 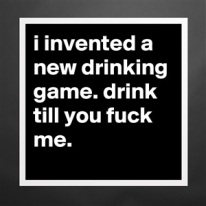 A few years ago, I went the big Bi-Mart Country Fest in a giant field near Corvallis, Oregon. (Hey, I’m from Georgia and a good country song about beer can take ahold of my soul.) There was a young MAN in the crowd that had a T-shirt that read, “Let’s play a game. Let’s see how many drinks it takes before you fuck me.” I swear to God. This was a big GUY but I said, “Nice rapist shirt, dude.” He puffed up and said, “I’m not a rapist. I have a girlfriend!” His date looked like a scared rabbit.

You add the sexual violence that BOYS and MEN wage against girls and women to all the crime BOYS and MEN commit (Another school shooting yesterday?) and you wonder why presidential candidates aren’t spending more time talking about the threat by BOYS and MEN in this country and less about (the BOYS and MEN in) ISIS. I used to assign a book in my Criminology class called Men Are Not Cost Effective. Author June Stephenson makes the case that the bad behavior by MALES is so costly to our society (police, prisons, storage space for rape kits, etc.) that MEN should be taxed to help pay for their shit. Why should females pay taxes that go to arrest, prosecute, and lock up the BOYS and MEN who rape them? Maybe the MEN who didn’t stop them should pay. And just think what we could do with the trillions of dollars we have to spend dealing with the mayhem of BOYS and MEN? (Google “Iraq War”)

I’m going to raise my daughter to be strong and understand the real threats of living in a patriarchal society. But I’m begging you to raise your sons to not rape her. It seems like a simple request.

Note: June 7. I want to dedicated this to Brock Turner’s father, the worst father in America and a representative of everything that is wrong with affluent maleness.

31 thoughts on “Why we can’t have nice things: MEN and rape culture”