There was a wonderful moment of peace in our house on New Year’s Day. Andrea and I were sitting on the couch reading. I was reading Lidia Yuknavitch’s memoir, The Chronology of Water. My wife was reading Patti Smith’s first memoir, Just Kids, and Cozy was sitting in my old bean bag chair, reading Go, Train, Go! It’s one of a series of memoirs by Thomas the Tank Engine. The Best of Donny Hathaway was playing on the hi-fi, the coffee was brewed, and it was almost snowing outside. I took it all in, my beautiful family, and thought, “Can the rest of 2017 please just be like this.”

But I know it’s not to be. This particular set of 365 days does not promise to be easy. After the rough start to 2016, I don’t doubt that some of the icons of our childhoods, those increasingly fragile baby boomers and older, will pass away and I’ll have to stop to pay tribute, dusting off their records, renting their movies, and maybe writing mournful odes. Stay with us, Chuck Berry. Don’t leave us, Betty Friedan. We still need you in this world. And there will be younger ones, even younger than me. “I just bought his new album! I just read her new book!” These passings will remind me that my parents are getting older and face their own health challenges that will inevitably put my own loyalty as their child to the test. Stay with us. Let me get back to work so I can help take care of you. I want Cozy to get to know you better. 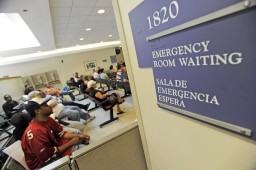 The country faces much bigger challenges than I do when Trump takes his “oath” on January 20th. (Look for crossed fingers behind his back.) When he and “his” congress repeal Obamacare, millions of the “angry white people” who voted for him will lose their health coverage. The record low uninsured rate will zoom back up and the first contact with a doctor these angry white people will “choose” will be an Emergency Room. And tax-payers will again get stuck with the bill. That looks more like socialism than Obama’s Affordable Care Act. Personal bankruptcies will sky-rocket as medical bills wipe out any savings or home equity these angry white people have. I hope that iron worker in Michigan has got a few hundred thousand dollars under his mattress for his kid’s first few leukemia treatments! But at least the Trump did what he said he was gonna do. I like a guy who says what he means. Now about that wall.

These folks are likely to see all kinds of bad news from the guy who modeled himself as their savior. Prices going up from his simple-minded protectionist trade policies as wages go down because of a new war on benefits, unions, and the minimum wage. “Competition” is great for the fat cats at the top and he knows this. The defunding of public schools will turn these kids to the streets. But hey, you might get a voucher! No worries, because the promise to renew the war on crime and drugs will give them three hots and a cot at the new private prison, all paid for, not by the rich, but you got it. You. 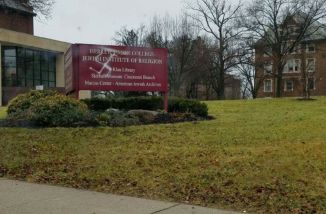 I’m not sure how the cavalcade of changes that is coming from the arrival of the most incompetent plutocrat to ever golden parachute into Washington will affect me. I am just beginning my return back to work now that Cozy can successfully distinguish Plah-Doh from actual food. It could be great as the sane segment of the population was looking for experts in diversity, criminality, and what to do when a new generation of young, angry white people start spray-painting swastikas around town. Or it could be the exact opposite as the walls go up and Americans, fearful of the coming crash, just put all their money in Canadian dollars and wheels of parmesan cheese. Diversify! That’s me with a sign down on SW Broadway. “Will lecture about Late Capitalism for contributions to my minimum credit are payment.”

Our first sociologist was a little French fellow named Emile Durkheim. The guy was supposed to become a rabbi but invented a scientific discipline instead. I’ll write more about him because his ideas are fused into my veins. He was, in many ways, inherently conservative, alerting the enlightened to the unintended consequences of the French Revolution. Revolutionary change itself is not bad, but when things happen too quickly and people start throwing the baby out with the bathwater, you’re gonna get some ugly version of anarchy. In 1789 France, it was the abolition of any institution associated with the monarchy. In 2017 America it may be the abolition of any program associated with that black guy. What was his name again? The result in France was the “reign of terror” and the invention of a political tool called the guillotine. What will be the equivalent in the reign of Trump?

Durkheim had a term for this – anomie, the sense of normlessness. When things change too quickly and institutions loose their ability to keep things relatively stable, people freak out. For Durkheim, it was high suicide rates associated with industrialization and the sweeping away of the old regime. Usually, we are happy when the old order goes bye bye. Slavery was a long tradition. So was legal sexual harassment and the unpunished murders of transgender people. As sociologists, we are often discussing anomie associated with change that moves society forward. How have men handled (or not handled) that radical idea that women are human beings invested in right to equal opportunity? Some dudes freaked out.

Get ready for the anomie of a society that suddenly lurches backwards, to AGAIN when AMERICA was GREAT. To a time when women, people of color, LGBTQ people, working people, and yes, a lot of angry white people regularly got screwed and were told to sit down and shut up or the goons would come for them in the night. How will America manage this rapid change to the good old boy days when generals and millionaire (now billionaire) men made the rules? Will we descend into chaos as our basic institutions are attacked by this con artist? He and his Legion of Doom represent the greatest threat to the idea of America we may have ever faced from within.

Hey, maybe I’ve got this all wrong. Maybe nothing will really change after January 20th. That Trump will be our great entertainer and solve all our complex problems with a tweet. His seemingly pathological lies could be a brilliant secret plan to get Wall Street to hand back America’s wealth to Main Street. Or maybe Washington will be crippled with same deadlock as always and any change will be small and unnoticeable to anyone who doesn’t read wonky blogs. But honestly, I don’t think Donald could name the first ten amendments of the Constitution, let alone FDR’s Four Freedoms. The question is will the angry white people who voted for him see the con before the midterm elections in 2018? I imagine even his KKK supporters are gonna feel a bit like suckers by summer. 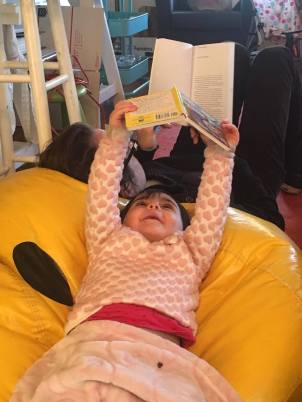 Look, I just want enough “freedom from want” to be able to keep my house and sit on my couch with my family on cold winter’s days, reading memoirs, and not worry about guillotines for “libtards” and college professors. And know that Chuck Berry is still in the world.

8 thoughts on “Preparing for the Great Leap Backwards: We call it “anomie””