When I agreed to be on a public panel on racism and white allies, I had no idea it would be such a learning experience for me. I thought I was on the stage to share my expertise with a packed room about “what works” and “lessons learned.” Instead, it became a lesson in how not to respond when called out in one of those not-so courageous conversations. “But I’ve spent my life fighting racism! Racist skinheads have attacked me!” In my mind, suddenly I was there to defend myself. Well, I got schooled. Welcome to the next chapter in getting it. 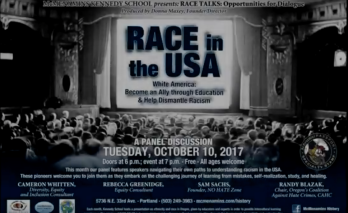 Point number one: None of us are perfect. When I talk to white people about this work, I tell them you are going to mistakes so prepare yourself for it. Wrong words used, wrong inferences made, wrong facts stated. I never included the other part of that – How you should respond when you do make a mistake. It’s so easy to get defensive. “But I’m an ally! I don’t even have to be here!” And it’s easy to forget that white people can walk away from a cause that people of color are in every single day off their lives.

Point number two: I can’t be the only one who struggles with reconciling their intellectual self with their emotional self. How many liberal sexual harassers have said, “This is not who I am!” Well, for those of us who don’t live inside your head, it is who you are. But I get the feeling. My ideas about the world and my behavior don’t always match up. I see the world through a feminist lens but I can be sexist. I’m a committed anti-racist, but that doesn’t mean I’m immune from my own internalized racism. This “woke ally” still has a little boy from Stone Mountain, Georgia inside him, whispering in his ear. “Say it. It’s just a joke.” 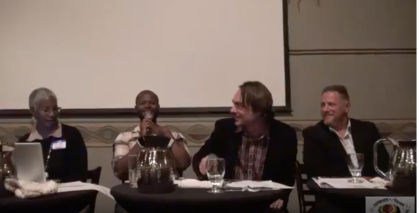 I’ve written about how that panel turned into a bit of a shit show when I felt like I was being attacked by a black activist. You can watch the video of the event here. (I can’t watch it. I know what mistakes I made.) The short version is that I got defensive and made it all about me instead of using the moment to unpack any harm I was doing. I should have said, “Thank you for expressing this. Could you please help me to understand what micro aggression I’m engaging in?” Instead I just laughed. How could I be acting racist? Then, afterwards, I turned to Twitter for some classic spleen venting. Then I wrote a blog about “Woe is me” and how hard it is to do this work. “Wahhhh! I should have become a stock broker. Don’t hurt my feelings! I worked for Jesse Jackson!” It was an honest expression of frustration but it missed an important point. This isn’t about me.

While some anti-racist activists probably just wrote me off at that point as a “clueless white person,” others reached out to me. I had coffee with Donna Maxey, the long-time organizer of Race Talks. These monthly conversations are vital work in undoing the harm of racism in our community and she is a true shero. She saw me responding from a place of desperation, about my current transition in life, and a need to be seen as bringing value to the world. Then three white activists invited me to a conversation about performing allyship as opposed to actually fighting racism and it was like a thousand light bulbs went off above my head. An hour can change your perspective. 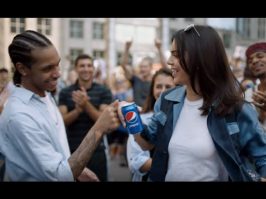 I’ve written about Queer Theory in this blog and the concept that we perform gender. As Judith Butler wrote, gender is something we do. Well, so is being an ally in liberation struggles. For some people it is just a performance, not a real commitment to the endgame. “Look at me, I’m performing anti-racism! I marched in a protest! Selfie!” And then they put a Black Lives Matter sign in front of their gentrified house that used to be the home of a family of black lives. I’ll admit it, that night at Race Talks for sure, some of my allyship was performative as hell.

We met at the library in downtown Portland for this summit. I think we were all nervous about how it would go. My previous willingness to be combative on the issue probably didn’t give them much hope. They graciously allowed me to record our talk for an upcoming episode of my Recovering Asshole podcast. Fortunately for them, I recognize that Randy Blazak’s worst enemy is Randy Blazak. I was there to listen with an open heart and not get my hackles up, which is more in line with my emotional training. Hackles.

The next hour was an enlightening conversation about mainstream frameworks of response verses true anti-racist responses. Not only did I recognize the responses of others, I recognized some of my own. How have I responded when called out on my own racism? This is an example from Dr. Robin DiAngelo’s work on white fragility.

This is just a piece of it (the whole thing is here), but each step of the process is about turning off one’s ego and being open to growth. This is an issue that’s always been challenging for me. Because of my own childhood story, I immediately go into defensive mode and the first response is to battle. Sitting quietly with my feelings before responding has never been a default position. Fighting has. So I understand how I could have done harm by turning the exchange at Race Talks into a sparring match instead of an opportunity for growth. I thought the packed room wasn’t there to hear these two guys go at it. In reality, they could have learned a lot about how to be a good ally if I had provided a good example of how to actually navigate those uncomfortable situations.

I see this same response from the conservatives in my circle. If they get called out for their racism, they immediately shut down, of talk about their “black friend,” or say they are being misconstrued, instead of just listening. They are afraid to say, “I might be wrong,” or “Help me to see your point.” Everything just ends. And white liberals do the same damn thing. “You are judging me! Look at my liberal credentials! I have a blog!” Shut up and listen.

During our talk, one of the white allies talked about how important my voice was on this issue because I have such a large audience that listens to me, through my public speaking, my podcast, and this blog. One of the other folks there pointed out how I puffed up when that was being said. It is true. I’m bit of a performer and it is good to get recognition for trying to be part of the solution to all this. But we don’t do it for the recognition. We do it because it needs to be done. It’s not a show starring me. It’s the hard work of dismantling oppression. It’s what needs to be done for us to be truly free.

I think at each step of our lives we have the tendency to think we are fully formed. When I graduated from college at 21, I thought I had it all figured out. I would never know more  about how things worked than I did on May 13, 1985. That seems laughable now. I continue to learn the importance of listening instead of just responding. Listening and hearing. It applies to my role as a husband, a parent, a friend, and an ally in the struggle to bring us out of the darkness. I am but one, but we are many.