Why wait? That was the question I got from a small group of teenage boys. I was leading my Thursday night discussion for a bunch of boys in a court-ordered residential facility in Northeast Portland. It was the late 1990s and these kids were on the verge of being locked up in juvie, but were the “at-risk” youth that still have a chance to not get sucked into the vortex of the criminal justice system. So a judge sent them to a group home and on Thursdays I was their counselor. 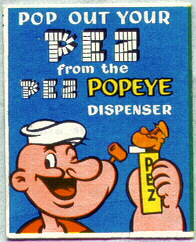 I was trying to share with them the simple joy of Pez, something I cherished from my own youth. I was carefully loading the tiny candies into a Popeye Pez dispenser. Some were going sideways and others were falling back out.

“Why don’t you just eat the candy?” asked one kid.

“No, wait, it’s gonna be great. The candy comes out of Popeye’s larynx,” I said.

“Why wait?” asked another.

It was a valid question. I mean, it’s not the greatest payoff in the world. Why not just eat the damn candy without all the hassle? Suddenly the Pez dispenser became a metaphor for a fading American value – delayed gratification, symbolic of a grand cultural shift.  Sometimes the wait is part of the payoff, y’all. I know you want it now, but… 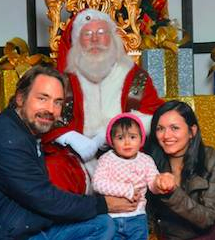 I was reminded of this because I bought Advent calendar for my daughter for Christmas. I loved them as a kid and this is the year Cozy’s really getting into the holiday. (Although she freaked out a bit at meeting the Macy’s Santa.) I liked the day-to-day anticipation of the arrival of the big event. Each day you get to open a window and get little surprise, making it one day closer to Santa’s orgy of gifts. The initial Advent calendars were created by the German Lutherans in the 19th century but they’re probably now mass-produced in Chinese factories for the Western world. You can get them cheap pretty much anywhere. You don’t even have to be Lutheran.

So I picked up a calendar called 24 Chocolate Days ’til Christmas (made in a gluten-free factory in Canada) to introduce Cozy to the tradition. When I pulled it out on December 1, she yelled, “Santa!” I explained to her that we open one door each day until Christmas and there’s a treat behind each flap. Day 1 was a little chocolate choo choo. She was thrilled. Then I told her we’d open the next door tomorrow. She was not thrilled about that. In fact she threw a screaming fit, laying on the floor, yelling, “No! No! No!” I mean, why wait?

I resisted the temptation to just give in. It would’ve been so easy. She’s a real heartbreaker when she’s sobbing. But I thought this would be a valuable lesson about delayed gratification. Now a week into it, she seems to be getting it. You’ve gotta pace yourself and spread the joy out. 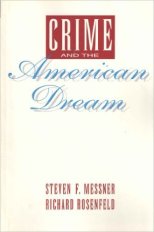 For years I assigned a book in my criminology class at Portland State called Crime and the American Dream by Stephen Messner and Richard Rosenfeld. It makes the case that the elevated crime rates in the U.S. are a product of our “by any means necessary” values. For example, it’s not how you got your wealth/car/college degree, it’s that you got it. So if you embezzled/car-jacked/cheated to get it, no big whoop. It’s having it that gets you the points. It reminded me of the unofficial American motto, “You can never be too rich or too thin,” (explaining a lot of white collar crime and eating disorders). Just think of Donald Trump ripping off the chumps at Trump University while Melania gulps the postpartum diet pills. Look where that got them!

We live in a culture of immediate gratification. I used to have to wait forever just to hear an album I wanted. Now I just pull anything and everything I might want up on Spotify. Remember taking your film to the drug store and waiting a week to see the pictures? How about waiting for a letter to come from your beloved? Please Mr. Postman! (When my grad school girlfriend was studying in Paris, I would torture my Atlanta letter carrier with that song.) Now if something takes more than 30 seconds to get we are convinced the wifi has been hacked by the Chinese.

If you celebrate Christmas, you know that by 3 pm on Christmas Day the letdown has arrived. Is that all there is? “Christmas” is the anticipation of Christmas, the build up. Much of life works that way. Sweet anticipation. Of Friday at 5 pm, or a first kiss, or Election Day. I want Cozy to enjoy the journey at least as much as the arrival. How you got there matters. One door, one piece of Canadian chocolate at a time. 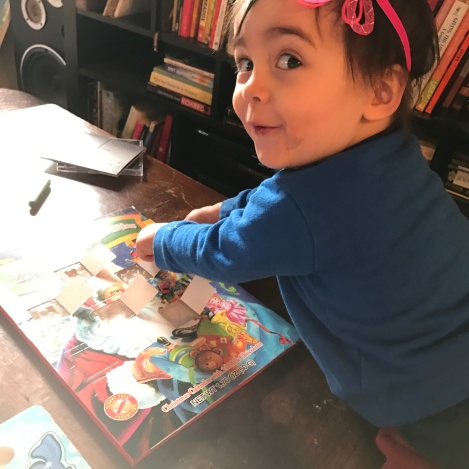 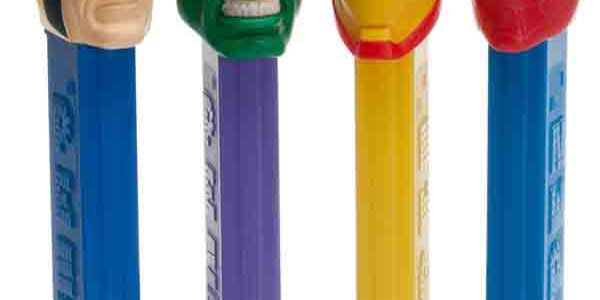 If babies could all have a bumpersticker on their rubber baby buggy bumpers, it would say, “If it feels good, do it.” We’re all born these raging Freudian ids who just want it now. Honestly, babies are selfish little beasts. They don’t care if it’s the middle of the night, they want the tit! They don’t care if you have a weak stomach, they want that WTF poop wiped out of their crack!

If babies weren’t so cute, it might be easier to put tape on their mouths. They have no concept of delayed gratification. I was just getting ready to feed Cozy but the bottle was too warm. The problem was she could see it setting on the dresser to cool. She flipped out. “Give me that damn bottle! Baby needs a hit!” She was fixated and I could feel the hate directed at me. “Stop fucking with me, Dad!”

I tried to explain to her that the anticipation is the best part. Christmas Day sucks compared to the lead up, right? By 3 pm on December 25th you just feel deflated. When it’s over, it’s just a memory. When I went off to college my big act of independence was to get a subscription to Playboy magazine. (Sorry.) Very quickly it was clear that the best part of the magazine was the anticipation  of receiving it, not actually “reading” it. In fact, my favorite part of the magazine was the last page that let you know who was going to be interviewed (and naked) in the next issue.

I’m sure I will discuss the Playboy thing in some post. That subscription is decades gone (but my Beatlefan subscription has been uninterrupted since 1984). I now look forward to my Voice Male magazine, but I actually read those from cover to cover.

When I first moved to Portland I was volunteering in a residential facility for juvenile offenders. One night I was sitting around with a half dozen teenage car thieves and gang bangers, showing them my Spiderman Pez dispenser. They had never seen Pez! (Obviously why they became cruddy JDs.) I explained to them how you take the candy out of the foil and load it into the dispenser (as one candy lodged in sideways).

“Why don’t you just eat the candy?” one kid asked. Good question, I thought. “Because you get to put in the dispenser and make each piece pop out of Spiderman’s neck.” It didn’t seem like a very satisfying answer. I mean, think about it. Maybe that was “fun” in 1975, but these kids had Xbox.

In that moment I saw the importance of Pez and metaphor for delayed gratification in our culture. These kids were essentially babies. If it felt good, they did it. And since they were boys, that included violence and criminality.

So the challenge is to make Cozy wait, but to enjoy the waiting. To sit in the moment and anticipate what’s to arrive; a bottle of milk, a birthday present, a bachelor’s degree in pottery. Tom Petty once sang, “the waiting is the hardest part,” but sometimes it’s the best part.

She doesn’t get it at the moment at only 4 1/2 months old, so I’m still OK to spoil her. I’ll get this lesson started later. And enjoy the anticipation.