Yesterday about 8 am was the last minute of our big Kickstarter campaign to raise $10,000 in forty days for my new novel, The Dream Police. The idea was my wife’s and it basically saved my life, or at least my sanity. 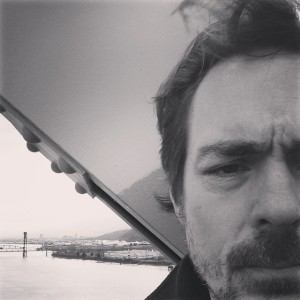 Over the holidays, a small cabal at Hogwarts conspired to remove one of their most vocal critics. I was blindsided and my life, career, and my ability to provide for young family were turned upside down. I had worked hard to create something that meant something to the world, that tackled hard topics like gender and racial power dynamics. It was sacrificed out of spite by people who did it simply because they could. So, as you can imagine, I got pretty depressed. At one point, I was was ready to just check out on my own terms, not theirs. Fortunately, a little angle named Cozy sat on both shoulders.

It’s good to have a back-up dream. (I think a lot of bloggers have one.) Being a sociology professor at Portland State was a dream come true. I saw lives change nearly every day. But I’ve had a romantic vision of myself as a writer and have had some success in that area, so, as I discussed in this blog in January, I decided that was the direction to go. Then Andrea had the idea of turning it into a Kickstarter and it gave me not only added motivation to write, but a possible source of revenue to keep us in our home for at least a few extra months.

Andrea was smart enough to know I would become completely obsessed with the project and forget about the bureaucrats who sacrificed me at their alter of power. And I did. First it was just getting the word out. So I apologize to all the people I tagged on Facebook and Twitter. But it got the word out. People like Angie Bowie (yes, that Angie Bowie) helped put out the campaign through their networks. And then pledges started coming in. They came in from the music world, including a friend in the Waterboys and singer Kelly Hogan. They came in from old high school friends and and new neighbors. My former students really came to the rescue in ways that blew my mind. There were $5 pledges and one pledge for $648 by an old friend who wanted to see us reach the 10K goal a few days early. They came from Ireland, England, Germany and Japan. And they came from Stone Mountain, Georgia. 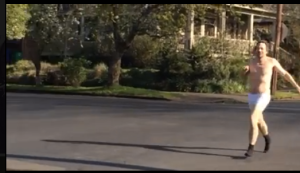 I tried to make it fun with rewards for pledgers (including my old and cherished rock T-shirts and paintings by Andrea). We began thinking of things to do to make certain benchmarks. To get to $6000 by a certain hour, I promised to eat a raw egg. (I did.) $7000 was a raw jalapeño. (I did and ouch.) $8000 was running down the street in my undies, Birdman style. (Yep.) And $9000 was a promise to go to a country bar and ride a mechanical bull. (I think I pulled a muscle on that one.) It kept the energy and focus on the campaign. I even got a call from the daughter of Cheap Trick singer Robin Zander, the original Dream Policer, who let me know she’d tell her dad about my take on the classic album. In the middle of all this a cranky Atlanta journalist posted on his Facebook page that I was “begging for money” for a vanity project, unaware of the reason I had turned to crowd funding, but, again, it was my friends to the rescue.

In the end, the project was funded at 112%. (Most Kickstarters don’t reach their goal and, therefore, no funds are awarded.) We surpassed our goal by more than a thousand dollars. I was in tears. Obviously, the money will help (Kickstarter takes a small cut). But there were better rewards. First, having so many people who believe in my talent as a writer that they are willing to pledge their hard-earned money for my dream of this novel. How can you not feel inspired by that? But secondly, to know I have so many friends who are willing to help me get through this tough time. Some are close friends, some I haven’t seen in decades. I got a great pledge from my friend Barbara. We were good friends at Woodridge Elementary School and used to write songs together for school events. I had a bunch of Barbaras. Each one of those people has a new place in my heart.

In the end, I felt like George Baily at the end of It’s A Wonderful Life, with friends, old and new, bringing in baskets of cash and Zuzu hearing the bell on the tree. I am both humbled and committed to write a truly important piece of literature. Maybe more importantly, I’m committed to not ever entertaining the idea of quitting this adventure I am on. I am proof that the down times are there to propel you to the good times. Friends and family are all you need to get you through. And a little dream. So this a quick thank you to the world while Andrea is at her art class and Cozy is demanding some attention. I’m forgetting the villains in this story and remembering all the good people in my world.

Please help support other people’s dreams on Kickstarter, GoFundMe, and other crowd funding sites. It’s really a lot of fun.