When I was 6 years old, I ventured into the deep woods on my own almost daily. I was in search of dinosaur fossils, but spent most of my time building dams in the creek and looking for crayfish under rocks. My only concern was the 500-foot tall bear that lived just past the go-cart track. The older kids once told me that Charles Manson lived back on a trail we called “The Saddle,” but I didn’t think he’d ever bother me. The woods were my world until mom rang the big iron dinner bell and I’d come running in, past the tire swing, past the crab apple trees, and the swinging pool, home to my Spaghetti-Os.

Can you imagine letting a first-grader play in a creek, in the woods, far from the house and adults in 2015? You’d have Child Protective Services called and you’d be a feature story on Dateline NBC. My, how things have changed.

There are two parts to this issue. The first is the culture of fear in which we are now living. Despite the fact that the crime has been dropping steadily for over twenty years, the world outside your door is full of terrorists, kidnappers, and child molesters. If the jihadists don’t get your kid, the pedophiles will! There are websites and viral videos and news programs that will pump all kinds of fear-based misinformation into parents. Bogus stats for already stressed-out caregivers:

UPDATE: “Over 700 Children are Abducted a Day” Says Viral Video (PS. This is not true.)

“Tonight at 5 – Caught on camera! See a crazy person abduct a sweet second grader!” It’s enough to make you want to declare war on the outside world. I recently blogged about how being a parent is to live in a constant state of fear and now you are going to shove more stories about Baby Jessica falling down a well, being eaten by a pit bull or being sold into child sex slavery? Cozy will not leave the house until she is thirty!

Then I remember how I explored the world on my bike (without a helmet) when I was seven. We dug foxholes and had dirt clod fights. By eight we were building forts in the woods with stuff we ripped off from construction sites and at nine we were ditching the baby sitter by sneaking out of the bedroom window. My parents seemed fine with it all. I never came across any scary adults other than a few hungover teachers who let us know how much they hated children. 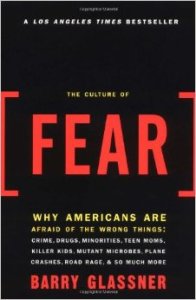 As a parent, of course, I worry. But as a sociologist I’m reminded of the stats. The odds are in your favor. Way in your favor. Every American should read The Culture of Fear: Why Americans Are Afraid of the Wrong Things, by Barry Glassner. Glassner is now the president of Lewis & Clarck College, but when he wrote this he was just trying to get (white) people to calm the F down. I’ve walked through housing projects in Atlanta and DC and never once felt threatened. I know (white) people who won’t ride the bus in Portland, Oregon (Portland!) because they think they will get a “cap in their ass.” So much life is lost to the fear and we are foisting that loss on our children.

Of course you want to be “safe.” Bicycle helmets are a small price to pay. I’m old enough to remember when there were no seatbelts in cars, the front seat was like a vinyl couch and the dashboard was like a Ginsu knife. Sure, they were cool, especially if you wanted to make out at the drive-in, but, like Ralph Nader said, they were unsafe at any speed. And we didn’t have car seats in those days. Mom just held baby in her lap and hoped for the best. So, in general, the kids are alrighter.

But the other side is parents who are punished just for letting their kids walk to school. The recent story of the Maryland couple who were charged by the CPS with “child neglect” for letting their 10 and 6-year-olds play outside unsupervised pissed off a lot of us “old timers.” Not only would we walk home alone but as soon as we got there, Mom would say, “Go outside and play.” Now maybe that’s because she needed some time to sober up from her Valium snack, but we were still better for it.

So folks like mine (and all pre-2000 parents) are now refereed to as “free range parents” and are fighting back against the fear. I’m on board. I know I learned as much about the world mapping blocks on my bike or looking for arrowheads in the woods behind the school as I did inside the school. I also developed a sense of adventure. What’s around the next corner? Face your fear and find out. Yeah, I fell through the ice once and got a cool scar from trying to be Evil Knievel on my Huffy Wildfire, but so what? The kids locked inside, roped to their video games don’t have the stories that I have.

There are over 6 million latchkey kids in this country and that might be just be fine. Adult guidance is super-important but so is a sense of self-sufficiency. I’ve argued the opposite. That, because of the decline in wages, we’ve created an economy where kids have to raise themselves, so we shouldn’t be surprised when some of them go on shooting sprees. Latchkey kids have higher rates of drug use and obesity, but also more independent senses of self. So that kid who is home alone from 3 to 6 may become a stoned bad-ass who is a little chunky. That’s why you need to open the door and say “go outside and play.”

The other issue here is the gender thing. Girls have always had more supervision than boys. While boys were outside “sowing their oats,” girls were supposed to be inside as domestic apprentices, learning how to cook and clean shit. Research shows girls have earlier curfews and tighter strings. That’s partially as protection from the boys who are sowing oats. And by oats, I mean vaginas. But this is exactly what feminist Dorothy E. Smith meant by the public versus the domestic. Men get the whole outside world and women are confined to the inside. Don’t girls have oats to sow, too?

When I was 12, there was a girl named Tracy who ran with us boys. We called her a tom boy but I guess now she’d be referred to as a “free-range girl” or “future kidnap victim” depending on which side you are on. But she was just one of the gang, on her bike, playing softball, exploring half-built houses. I have a feeling she didn’t settle down. I bet she’s still going. 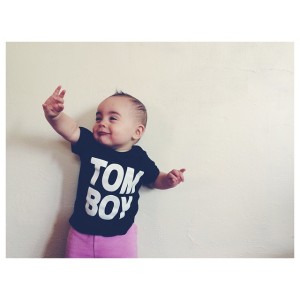 I’m not advocating for a return to flammable pajamas. Everything is about balance. I don’t think I’ll send the 6-year-old Cozy into the woods alone to look for bugs and tell her to just head home when she hears the dinner bell. But I’m not going encase her in bubble-wrap either. The world is a lot safer than Nancy Grace will lead you to believe. So Cozy, there will be a day when you walk to school barefoot in the snow just so you can say you did. Just like your old man did.

The following book was mentioned in this blog and is available at Powell’s books by clicking the cover below:

2 thoughts on “I Want a Free-Range Daughter”