Do you get the feeling that things are about to get really ugly?

Sometimes the world shows up to pull the rug out from under your little plans. There was a Friday in 1994 when it was announced that Kurt Cobain had died. Over 150,000 people on Earth die every day but this was personal. I felt like we were friends, fellow travelers. I was incapacitated. How was I expected to I go on without him? 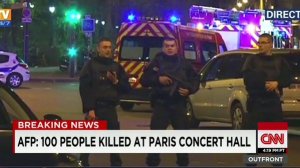 Last Friday was a another day like that but on such a grander scale. The attacks in Paris came when people who had no vested interest in the global jihadi conflict were just out to enjoy a Friday night in the City of Lights, including doing something I would normally be doing B.C. (Before Cozy), going out to see a band. And it was a band I had been out to see before, maybe on a Friday night, The Eagles of Death Metal. Suddenly coordinated attacks by men, heavily armed suicide bombers, executing Parisians, Americans, and others, flooded our news feed with horrific images.

I was a student in London on July 20, 1982 when men from the IRA set off two bombs in the city, killing 11 people. One of the bombs blew up a bandstand in Regents Park. Seven musicians were killed, with dozens of civilians injured. I had been sitting on the grass next to the bandstand a few hours earlier. It was my introduction to the randomness of terrorism.

Friday night I thought about my many trips to Paris, often hanging out in Les Halles where some the attacks took place. I thought about some of my friends in town for the weekend’s big U2 show. Mostly I thought about what kind of world my french-named daughter, Cozette, would inherit. It was too much to process. And then came time to talk the media but I could only speak as a father who was crushed with sadness.

My obsession with Paris started in 1978 when I was 14, reading the liner notes from Patti Smith’s Radio Ethiopia album. Patti lead me to poet Arthur Rimbaud (1854-1891) and Rimbaud led me to the bohemian world of Paris.  I finally got to Paris when I was 20, and ended up watching the 1984 LA Olympics with a bunch of hash-smoking American girls I met on the Champs-Élysées. It was the first of many trips and wild adventures in Paris that included being chased down Boulevard Saint-Michel by French police for spray-painting my girlfriend’s name all over the Latin Quarter.

But this isn’t about my crazy youth in gay Paris. This is about why this attack is of profound significance. About how on 13 Novembre 2015 the world changed.

My good friends on the left will point out that terror like this happens in the brown and black world all the time and the media never bothers to go into hyperdrive. People don’t change their Facebook profile picture when there is a bombing in Maiduguri, Nigeria. All lives matter, not just white lives in Paris. Brown and black lives matter, too. My good friends on the right will comment that that attitude, while it may be true, cheapens the importance of mourning the innocent people killed in one well-orchestrated heinous attack by Muslim jihadists hellbent on destroying modernity.

I can see the merit of both sides. I’ve written about how we need more empathy in the world, including for parents escaping Syria with their children, fleeing the hell created by ISIS and Assad, as well as bombs, drones and missiles from Russia, America and France. (Who was it that said war is just terrorism with a bigger budget?) I’m also aware that we could now think of ourselves as living in World War IV. World War III was the Cold War between the Soviet Union and the West, fought on proxy battlefields, like Vietnam and Nicaragua (with very real casualties). World War IV, according to some neoconservatives, is the war between the Western world and Islamic fascism. I have to say referring to the attackers in Paris as “warriors” insults all men and women in the armed forces who fight based on some (occasionally ignored) rules of engagement. These men were criminals not warriors. Mass murderers not soldiers.

Someday I’ll go to Paris and climb the Eiffel Tower

I want to make two points about why the November 13 attacks are different and require our global attention. First, I’ve been lucky enough to go to Paris many times. I have a favorite bookstore and a favorite café to sip cappuccinos and people watch. But even if you haven’t been there, you’ve surely imagined traveling to Paris at some point in your life. We all have an idea about ourselves in Paris, whether it’s hanging out with artists in Montmartre, or studying the gothic majesty of Notre Dame, or walking with a lover along the Seine, or visiting all your favorite spots in The Da Vinci Code. I’ve never been to Maiduguri or Damascus. I’ve never even imagined myself there. Those people matter as much as folks in Paris, but, in my head, I am in Paris quite often and, like Kurt Cobain, they are people I know.

Why do we go to Paris, in our heads, in our hearts, and on our credit cards? Because Paris represents all that we aspire to be. It’s more than the values of liberty, fraternity and equality. It’s the bohemian ethic of art for art’s sake and the right to express yourself in the purest of forms. Since the 1840s American expatriates have moved to Paris to live a genuinely expressive (“authentic” is so overused) existence. It’s in Renoir’s paintings of café-goers that must have looked much like the cafés where people were slaughtered on Friday night. Obviously, the real Paris has lots of real world problems. (Try getting good cellphone service in the 27th arrondissement.) But the mythology of the artist capital is strong. Woody Allen’s Midnight in Paris (2011) is such a great representation of this. Paris is what we all want our cities to be. I love it when Portland is referred to as the “Paris of the Pacific Northwest.” Sounds so much better than the Mogadishu of the Pacific Northwest.

The triumph of reason over religion 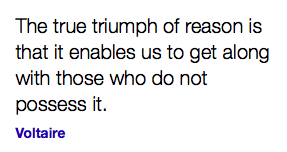 The second reason is Reason. Paris is the birthplace of the Enlightenment and the Age of Reason. This is a topic all my students know well. When French philosophers like Rosseau, Condorcet, and Montesquieu took Immanuel Kant’s ideas of rationality and empiricism as a mandate, the days of theocracy and monarchy were numbered.  There was a reason Thomas Jefferson and Benjamin Franklin went to Paris, and it wasn’t the hookers. Casting off the yoke of Churches and Kings for the rational system of democracy inspired the American Revolution and then, on July 14, 1789, the storming of the Bastille in Paris and the start of the French Revolution.

Paris stands as a monument to the triumph of reason over the irrational rule of religion. The Enlightenment gave us modern science, the concept of the balance of power, a belief in individual freedoms and the radical idea that people have the right to pursue their own talents. All these values are in direct contrast to the beliefs of the radical jihadists who defame the name of the 1.6 billion Muslims on earth. They don’t represent modern Muslims any more the Ku Klux Klan represents modern Christians. These men with guns and bombs hate women, music, and art.  They executed people at a rock show, for Pete’s sake. They hate Paris and everything beautiful that Paris represents.

These extremists are so much like the people I have studied for 30 years. They are anti-feminists of the highest order. They reject the feminine in favor of the worship of violence and worldview that has no shades of grey. Their women are slaves and their only joy is in the sociopathy of destruction. And yet, they are human beings like me and the people they seek to oppress and murder. The good news here is that there are plenty of former jihadists, like former racists, who have seen there is a better way to live on this planet. In those men their is great hope of a way out of this mess. 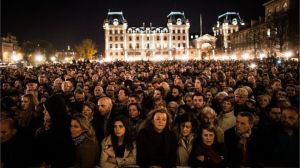 But I fear it’s going to get a lot worse before it gets better. The difference between September 11 and 13 Novembre is the sinking realization that we are not going to exit this nightmare anytime soon. In 2001, there was hope that, once we eradicated the Taliban it would be all over. That delusion is long gone after Friday for all of us. I’m headed to Washington DC this week and I can’t not think I could end up in another pile of bodies on the evening news as this conflict widens. (A new ISIS video makes it clear that DC is the next target.) If that happens, I hope people won’t say, “Well, even more people died in Syria that day.”

My wife and I still plan to take Cozette to Paris when she’s old enough. I want her to see the fountains in the Jardin du Luxumborg and the brilliant statues at the Centre du Pompidou. When she’s older we can smoke a joint at Jim Morrison’s grave and I can show her Pont Neuf, the bridge I was going to jump off of when was a heartbroken 23-year-old, thinking I was the subject of a silly sad French song. I want her to live in a world where art and freedom are lived with each breath and not sacrificed to fear and religious fanaticism. We are not trapped in medieval times.

The world is at a turning point and it’s time to realize there is no “us vs. them,” only us vs. us. The religious people on both sides who want to bomb and shoot and destroy will only drag us into a war of all against all. That is not rational. That is not a world that has room for love. When I put my daughter to bed on Friday night, with tears in my eyes and her arms around my neck, I sang “Frère Jacques” to her and hoped the world would choose peace over violence when the morning bells were ringing. Recherchez la paix et poursuis-la. (Psalm 34:14)