Let me get this out of the way first – Rudolph Giuliani is a first class idiot.

If you are white, I’m going to ask you to turn off your defense mechanisms and think about the value of empathy. Please, just try.

This has been a rough week in America’s tortured history of race relations. Two years after Ferguson (one of the first things I wrote about in this blog), we thought we’d be a little further down the road; not living through even more stories of police, caught on camera, killing black men. And then Dallas happened, a massacre that could only described as a hate crime. What is happening to us?

A lot of white people are freaking out. They think it’s suddenly open season on them or “their” police. They are desperate to blame Obama, or Black Lives Matter, or civil rights, or Beyoncé. They bleat, “No, ALL lives matter!” perhaps not realizing that they are only adding fuel to the fire and making things worse. Many of these people don’t actually care about all lives. If they did, most of these root problems would be long gone. These are the same people who think saying “Happy Holidays” erases Christmas. Yet they are willing to erase the real lived oppression of their fellow non-white Americans. Confronting the complexity and history of racism in 2016 America (and their role in it) is too hard and scares them right down to their tighty whiteys, so they bleat about “all lives,” like they give a rat’s ass about what is happening to black lives and the very real trauma of endless systemic racism.

Hey, if I say, “Northern White Rhinos matter!” it doesn’t mean that other types of rhinos don’t matter, but there are only 10 white rhinos left on the whole fucking planet. You get that, right?

A lot of white people hear “Black lives matter” and their fragile egos hear, “ONLY black lives matter.” Either they’re suffering from delusions of persecution or a fear that the hell foisted upon minorities in America is coming back to haunt them. Stop. There is no “only.” It’s all in you messed-up mind.

The Point of BLM

The point of “Black lives matter” is that all lives matter, including black lives. But those black lives have been devalued since the founding of this country. First it was slavery. Then it was Jim Crow. Now it’s the institutional racism of the criminal justice system and the informal racism of bigots, like Giuliani (and plenty of liberals), who pretend to be colorblind.

Any social scientist will tell you that every major institution in America suffers from racial bias. Just Google, “predatory lending and race.” We dump our toxic waste in black parts of states and defund job training programs in black parts of cities. Racism permeates the education system, the financial industry, housing, urban development, hiring, Hollywood, and, perhaps most of all, the criminal justice system.

Every step of the justice system demonstrates racial inequity. From who gets pulled over, to who gets arrested and when force is used. It’s in who prosecutors charge and how they charge them. It’s in who judges sentence and how long they get sentenced. There is racial bias in corrections and in parole. Every single step of the way. Whether were talking drug sentencing or the death penalty, there is no debate that blacks get it worse. Dr. Devorah Pager’s famous 2003 study found that whites with a criminal record had an easier time finding a job than equally qualified blacks without one. I could show you a hundred studies like that.

Every single African-American understands this. Most white Americans either don’t or choose to somehow justify it.

This racism knows no class boundary. Just ask a rich black guy who drives an expensive luxury car how many times he’s been pulled over. Of course, if you can afford a good lawyer, you might avoid the rest of the criminal justice nightmare.

I’m thinking about the black father who has to have “the talk” with his 16-year-old son. The one about how to act if the kid gets pulled over by the police so he doesn’t end up dead. You know, the one white fathers don’t have to have with their sons.

Look, anytime you have hyped-up males in the mix, you’re gonna have some problems, whether they’re hyped up because their sports team won or hyped up because their race has been systematically and violently oppressed for centuries. Yeah, there are some male folks who scream about “killing cops,” and one or two who have thrown a brick at public safety officers who are just trying to make it through another day at work. That’s not the true face of the nonviolent Black Lives Matter movement, but you’d never guess that watching Fox News. (As it turns out, the brick throwers were not BLM activists, but outside dickwads.)

It’s Getting Better All the Time 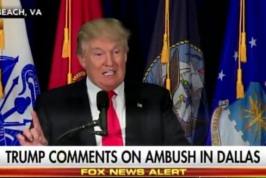 First, some good news. I know there are fear-mongers in the media and on the campaign trail that want to tell you that everything is getting worse and what we need is some old fashioned “law and order.” Sorry, Chicken Little. The crime rate in this country has been dropping steadily for over 20 years. That includes a dramatic drop in gun violence. The shooting of police officers has also dropped. That might not be much comfort to law enforcement folks who are understandably on edge right now. The only thing that is up is fatal shootings of blacks by police. And there it is. We don’t need more “law and order.” We need real justice and education.

What’s changed in those 20 years is the public eye. In kind of an upside down version of Orwell’s 1984, it’s not just Big Brother who is watching. It’s nearly every little brother and sister. It wasn’t the 1991 police beating of Rodney King that changed things. Shit like that went on and goes on all the time. It was that it was caught on video and still the cops were acquitted. Now with cell phone cameras, more and more of these incidents are caught and even live-streamed. It only seems like things are getting worse. Technology is just letting us see things as they’ve always been. When people carry tools to document social injustices in their pockets, things are bound to get hot.

The Life of a Cop

After the Rodney King riots, I wanted my students to better understand the world of the police officer and how even well-meaning public servants can end up in a situation that can go FUBAR in seconds. I’ve brought officers, detectives and FBI agents into my classroom to address some of the hard questions about the thin blue line they stand behind.

The life of a cop is extremely stressful. While being a public servant can be highly rewarding, law enforcement officers have higher rates of divorce, alcoholism and death from heart disease. It’s one of the few occupations where every time you walk out the door, you are well aware you might not walk back in at the end of your shift. To serve and protect. The kevlar vest is hot and heavy and shot to the face doesn’t care if it’s on your back or in the back of your cruiser.

So maybe we can dial back the simplistic rhetoric that police officers are secret Nazis, with shrines to Hitler in their backyards, or fronting for the KKK. Police departments recruit from the human department and they reflect that mix. You’re gonna get cops who are rude, or dealing with anxiety poorly, or are garden variety dickwads. But also plenty of men and women who get into policing because it seems like an effective way to make their community a more livable place for families like and not like theirs. I guarantee you for every avowed racist with a badge there’s a truckload of liberal social work-minded cops who voted for Bernie. I can give you names.

One of the lessons the Johnson Administration’s Crime Commission in 1967 was that police departments needed to look like the communities they policed. White cops coming into black neighborhoods, like in Detroit and Watts, with all their white baggage, inflamed the “us vs. them” tensions and cities burned. Now, about a quarter of all police officers are minorities. But that still means that mostly white police officers are patrolling black communities. Room for improvement. 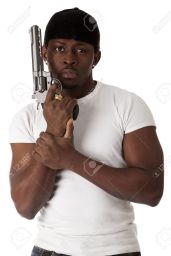 Where the racism is real is in the very real mindset of implicit racism. In a racist society, all of us (including African-Americans), have been brainwashed into thinking black men are dangerous THREATS (while we let Bernie Madoff slip by). It’s an unconscious form of racism. Dr. Kimberly Kahn, a professor in the Portland State Psychology Department, completed a fascinating study that found white motorists were less likely to stop for black pedestrians than white pedestrians. Do you think those white motorists truly believed “all lives matter”?

So that white cop may go for his (any her?) use-of-force toolkit more quickly with a black male based on same “threat assessment” toolkit the rest of us carry with us. There’s plenty of “open carry” white guys walking around that probably wouldn’t be right now if they were black. They are labeled “2nd Amendment Activists,” not dangerous thugs. 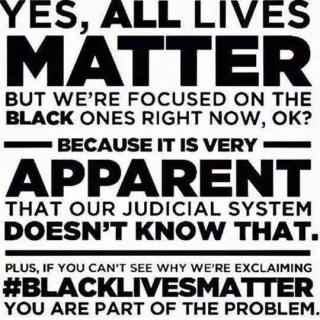 So don’t tell me, “all lives matter,” if toxic waste incinerators in black areas or the defunding of black schools or health care discrimination or drug sentencing and use-of-force disparities are not on your “things to abolish” list. You’re talking shit and black America knows it. They are in the street telling you the expiration date on your white bullshit has passed and you better listen because there is no going back.

I know you think that when Obama was elected, he snapped his brown fingers and any vestige of racism disappeared (and now he’s just “dividing us”) but reality begs to differ. If anything, Obama has helped to reveal the depth of the problem of race. But don’t worry, the next president will be white. So, for now, if you are telling us, “All lives matter” and you are not actually doing anything to stop the devaluing of black lives, I am going to politely ask you to shut the fuck up.

I’m going to ask you to turn off your defense mechanisms and think about the value of empathy. Please, just try. Even you, Rudy.