Millions of people marched last Saturday to stand up to Donald Trump and the ongoing war on women. The actual turnout dwarfed expectations and the global images must have put the powerful on notice. But still the naysayers chimed in, including other women. “What good does marching do?” “These people should have voted!” “Get back in the kitchen and make me a sandwich!” And worse (or more stupid). 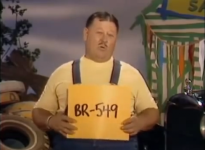 There had been a small freedom march to protest discrimination in Forsyth the week before. It was led by Hosea Williams, part of Martin Luther King’s inner circle. A few dozen marchers were met by 20 to 25 locals who pelted the marchers with rocks and drove the agents of change right out of Forsyth County. The attack made national news and plans for a second march came together quickly. Even Oprah came to Cumming to do a show on the local racism. It stands as the most uncomfortable moment on Talk TV and Oprah reportedly wasted no time of getting the fuck out of Forsyth. 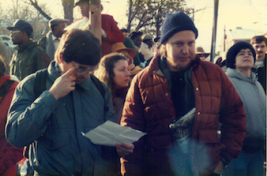 January 24, 1987 was cold as hell. There were busses and carpools headed up to snowy Forsyth for the second march. Rumors were that the Klan and the “Forsyth County Defense League” planned a countermarch. It promised to be explosive and historic. I wasn’t there for Selma but I would be there for Forsyth. I booked a ride with a bunch of sociology grad students and our fearless leader, the late great Professor Terry Boswell. I made a sign that said “Racism is Ignorance” on one side and “Freedom from Fear” on the other. I brought a date from our punk rock scene named Musey and we headed toward the frontline of history excited and a bit fearful. 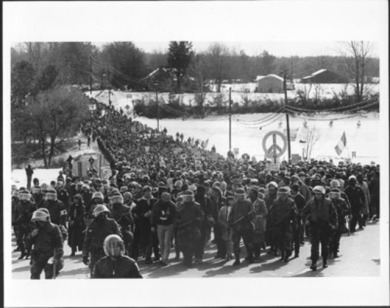 When we got off Highway 19 it was clear that this wasn’t going to be a small second march. The national media was there as well as 2000 National Guard members in full riot gear. I still remember all the helicopters hovering in the frigid January sky. And over 20,000 demonstrators arriving to tell the hicks of Forsyth to get ready for a new day in Georgia. We got their early, in time for the Klan rally that preceded our march. Because I was young and crazy, I took my homemade sign and pushed my way into the middle of Klan rally and held it over my head. I only remember a few grizzly Klansmen screaming at me before I felt a National Guardsmen grab me by the collar and drag me out of the crowd, threatening to arrest me for inciting a riot. 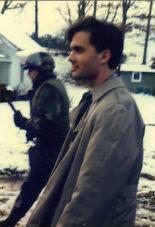 When the march finally began, it wasn’t actually peaceful. White people threw rocks and spit on the protestors. A friend (and future screenwriter) was hit by a flying cinder block. I’ll never forget one zombie-looking toothless (literally) redneck with a sign that said, “Niger Go Home!” We all laughed at him and he couldn’t figure out why. I guess spelling ain’t too important to the master race. What I do know is that the white racists of Forsyth must have crapped themselves brown when they saw the mass of 20,000 marchers coming down the road into Cumming. And we were white and black together. I marched with my friends, including Jonathan Serrie, who now a senior reporter on Fox News. But I made more friends there and we sang, “We Shall Overcome,” knowing the arc of the moral universe is long, but, as Dr. King said, it bends toward justice. 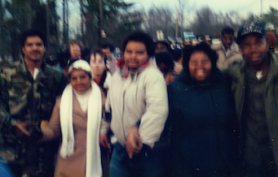 Well, some of them just stopped being so racist. That tends to happen when you become friends and neighbors with the people you’ve been taught to fear and hate. Forsyth is still  a pretty white place but those marchers 30 years ago forced them to pick a side. They could either stay in their divided past and suffer with their hate or join us in the modern world of love where there’s a hot dance party and a good Thai restaurant down the street.

So don’t let anyone tell you that marching doesn’t change things. I saw it happen. I saw the lovers stare down the haters and then invite them to join their side. But little did we know that some of those haters have been hiding their hearts waiting for a leader to come and create an empire just for them. But we are ready to march again. The resistance is strong and growing. People are getting off the sidelines and ready to flood the streets with love. And we’ll make fun of your misspelled signs. 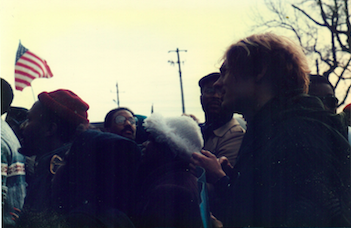 Postscript: Women from Forsyth County were at the Women’s March in DC on Saturday. Change happens.

2 thoughts on “Forsyth County, Georgia, January 24th, 1987: The day we marched for freedom and won”