I had no idea it was going to be this hard. When I jumped ship from Portland State University in 2015, I thought I could just spend some time being a writer and taking care of my daughter while my wife went back to work. I had a small publishing advance, a book optioned in Hollywood, and a nice nest egg I had built for a rainy day.

It needs to stop raining.

The hope was, with my credentials, I could just hop into another gig when the time was right and the opportunity was meaningful for the work I do. It hasn’t played out that way. I’ve had a couple of close calls, including a great job opportunity at CUNY in Manhattan that I probably priced myself out of. (NYC is  expensive! Especially for a family.) There was a job with the city of Portland as a “hate crime program specialist” that looked like I had written it for myself. I didn’t even get an interview even though I’m already doing this work in the community. A longtime city employee told me it’s often the case that the city already has the hire identified and the applicant search is just an empty, but required, formality. Great. Thanks for getting my hopes up.

With a mortgage and a kid in daycare (and two maxed-out credit cards), I’ve suddenly realized that I’m the downwardly mobile American I’ve been lecturing about since I started interviewing skinheads in the Reagan years. Matching my old salary would be fantastic. Meaningful work is vital. But at this point, I’m starting to wonder what UPS drivers make during the holidays. I’ve been picky, hoping to stay in Portland or, if we have to move, some exciting Mecca of culture. God bless, but I’m not applying for the open position at South Dakota State University. My work requires gangs of disaffected youth and stellar coffee shops.

I’m writing this because I’ve learned that a lot of my friends are going through the same thing. Finding the “perfect job,” writing a compelling cover letter, and seeing the light at the end of the tunnel. I don’t know how many trips I’ve planned with my wife after I get back to full time work. The excitement for Cozy to be in her pre-school five days a week. An end to the sporadic income from consulting work. Benefits! A kitchen remodel! Work clothes! And then the “Thanks, but no thanks” email pops up in my inbox and bursts that bubble. Again. It’s an emotional roller coaster. And there’s typically one moment each day when I wonder what happened to my financially secure life and how the hell am I going to get out of this. 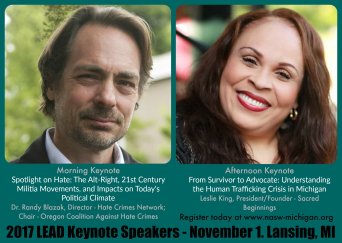 Don’t get me wrong. I’m plenty busy. Between conferences in Spokane and Birmingham this month, CBS is flying me to New York City for an on camera interview. After I take Cozy trick or treating I’m being flown to Michigan to give a keynote. It’s exciting but it’s not the steady income a parent needs to provide for his child. Plus, Andrea says when I get back to work full time, she’s just going to stay home and make Mexican food. So there’s that. At 53, I should be fully able to provide for my family, but a Gen X mid-career change in a Millennial world has obstacles I didn’t foresee. You start to see why some men going on shooting sprees.

As someone who has written a lot about masculinity (and its connection to violence), the upwardly mobile ethos is woven into my self concept. Male depression is acutely connected to lost economic status. I flash to that image of Will Smith in The Pursuit of Happyness where he’s clutching his son in a train station bathroom where they are basically living. I think about that scene all the time. I know that won’t be Cozy and I, but I don’t know that either. I know I’ve got a great skill set to offer, but why am I not working full time?

Middle-aged men are the fastest growing demographic for suicide. There was a 43% increase between 1997 and 2014 for men between 45 and 60. Much of it is related to economic stress. I had my bout with suicidal ideation in the late 1990s. But a two-year-long prescription to Zoloft and writing my first novel, The Mission of the Sacred Heart (about suicide), got me back on track. Now, as a father, I can’t imagine doing that to my daughter. I hope Frances Bean Cobain curses her father, Kurt, once in a while for abandoning her that way. It doesn’t mean the thought doesn’t creep into my head occasionally, as the ultimate F.U. to the people that ripped away my career. But it’s better to be here and broke then not be here at all. Being an agnostic, I don’t rely on the belief that after I’m dead I can just sit on the cloud and watch all chumps cry, “We should have given him that job!”

I’m pretty lucky. My child is healthy. My marriage is strong. My roof isn’t leaking. And thanks to Obamacare, we (still) have health insurance. But it’s really hard sometimes. The uncertainty. The wondering what I can sell to pay a bill. The wear and tear on my wife as she shoulders the economic load and wonders when the old “full time and fulfilled” Randy will come back. It can double a soul over. I think all my fellow jobseekers probably have a certain Tom Petty song on a loop in their heads.

I got just one life

In a world that keeps on pushin’ me around

But I’ll stand my ground

This blog is partially about men coming to terms with their vulnerability without resorting to the tired and destructive tropes of old school masculinity. So a message to those trying not to lose too much while they build something new – Hang in there. Everything is in the rearview mirror at some point. The sacrifice will be worth it.

4 thoughts on “The emotional fatigue of looking for work”