Boys and men. I’m not saying all boys are men are bad. Certainly the majority of boys and men aren’t opening fire on innocent people. And many men and boys are actively trying to stop the violence (including a few with guns!). This is about masculinity. The toxic masculinity that has been created in our culture that defines gun violence as an appropriate way for men in crisis to express their rage. Men in extreme crisis in Japan hang themselves. The same men in the United States use guns and many decide to take as many people with them as they check out. “It’s better to die on your feet than to live on your knees.” American masculinity does not allow you to fall to your knees. Not when there is amble firepower available to guarantee a dramatic exit. 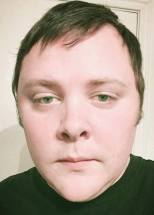 Male violence plagues us. The violence of Devin Kelley shooting five-year-olds in the head in a church in Sutherland, Texas or the violence of Harvey Weinstein’s low-grade war on women. It all has a cost. From coroners to lost work hours, every aspect of violence by boys and men sucks resources out of our society. What is the financial impact of having a family member killed? How about the emotional impact? The makers of pain killers and pain numb-ers might profit, but the rest of us are paying for it in tax-dollars, insurance premiums, and the erosion of the quality of life. What if the evening news reported on a great new work of art at the top of the hour instead of the daily body count? We are less human because we have normalized male violence.

One study in Minnesota found that gun violence in the state came in at a about $2.2 billion dollars in direct costs due to the 900 gun deaths that year. This doesn’t include indirect costs like lost property value and lost business. The famous 2015 Mother Jones study put the cost at $229 billion a year when you factor in the cost of prisons and lost wages. Each gun homicide costs the country $400,000 and we average about 32 gun murders a day.  Just as a point of comparison, the 2018 budget for Trump’s Department of Education is only $68.2 billion.

In the late 1990s, I began assigning June Stephenson’s book, Men Are Not Cost Effective: Male Crime in America to my criminology students at Portland State University. She forwards the case that, because of the high cost of mostly male crime on our society, it makes sense that all men pay a “sin” tax to cover the cost of policing, prosecuting, and incarcerating male criminals. When we look at the research on female violent crimes, it’s typically the case that women are brought in to criminal enterprises with their male counterparts (“I was just attracted to bad boys, I guess.”) or are responding violently to their male abusers (“Goodbye, Earl!”). Some of the men in my classes balked at the assertion, but the women generally thought it was a smashing idea. And there are more women than men in this country (because men keep killing each other off).

Maybe it’s time to revisit Stephenson’s “man tax.” If shooting kids in a kindergarten class or church at point blank range doesn’t wake men up to the toll of “going out like a man,” maybe grabbing their wallets will. America is prevented from being a more perfect union because of all the economic and emotional resources devoted to dealing with male violence. If we want to make America great, I say let’s hit ‘em where it hurts. Maybe then men will care about how they do maleness.

We could start simple, perhaps a sales tax on dumb men things, like bullets, Call of Duty video games, and UFC pay-per-view matches. Then we can expand it to anyone with a Y chromosome. And the earlier the better. In the 1998 school shooting in Jonesboro, Arkansas that killed five and wounded ten (all female victims), the shooters were 11 and 13 years-old. As soon as a tween boy walks into a 7-11 to buy a Big Gulp, hit him in the nuts with the man tax.

Then, as boys and men start to get it and gun violence starts to decline, there can be subsequent reductions in the tax. Hey, nobody went postal this month, the tax on camouflage pajama pants is temporarily suspended! How else are we going get men to stop killing us? What politician that isn’t busy licking the NRA’s ass will be bold enough to propose this approach? I’m guessing it won’t be a man.

Other posts on this endless topic:

How to talk rationally about gun control (October 4, 2017)

Owning My White Privilege: Stories I won’t (have to) tell my children (September 21, 2016)

Another Day, Another Mass Shooting in America (October 2, 2015)