There are plenty of books out there about living a “purpose driven” life. There also lots of rap songs about “keepin’ it real.” It’s basically the same thing. Are your actions in line with your values? Or maybe you’ve sold out to the Man, sold your soul to the Devil, or drank the Kool Aid. We want authenticity in our humans.

This presidential campaign has been full accusations that people are fake. Trump is not a true conservative. Clinton is not a real progressive. Ben Carson is not an actual brain surgeon. But all of us are vulnerable to this accusation. Our identities are works in process and constantly in flux. Nobody is a perfect anything. I’m a feminist but I own the soundtrack to Baywatch and it’s probably not for the music. Busted. 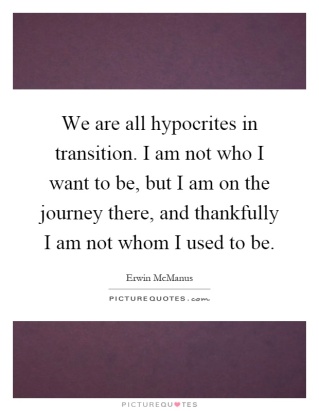 We’re all hypocrites on some level; never quite living up to the vision of ourselves. Maybe not even close. We hate it when our favorite artist becomes huge and moves into a mansion in Beverly Hills, but we’d probably do the same damn thing. “I need more room for my rescue gerbils!”

I bring this up in this short blog post because it is an issue for anybody on the job market. Now that Cozy has turned two and The Dream Police is out, getting back to work is a priority. Since higher education has been eroded by the “new model” of declining tenure-line positions in favor of adjuncts and online classes, my next chapter will very likely be outside of academia. But what? I’ve been a college professor for over twenty years.

So that’s where the value check comes in. I’ve got two possible vectors outside of the classroom. The first is to do something rooted in my work around equity and social justice, or criminology. I applied for a couple of great Department of Justice gigs in DC, but the feds tend to hire from the inside. The other vector is that I get to write and get paid for it. Maybe The Dream Police or The Mission of the Sacred Heart (which is currently in the pipeline in Hollywood) will get picked up by a major publishing house. I’d love to get a paycheck to just sit in the coffee shop and write my weird stories.

I think I’d be really happy working in either world, but it’s not always that easy. Especially when you have a kid. And a mortgage.

So you start thinking, “What else could I do?” I could totally be a letter carrier but it would be about a 50% pay cut from my last gig. I could run for office, but I’d have to vet myself, and that might get ugly. How far out of my comfort zone would I go? If I was offered a $100,000 a year position working for Monsanto, would I take it? (No) The Koch Brothers? (Um, depends.) Nike? (Oh, OK). I’m sure the CIA knows I’ve visited the “Careers” section of their website (not that I’d past the “Have you ever been a communist” background check. (But if I can, call me, girl!)). 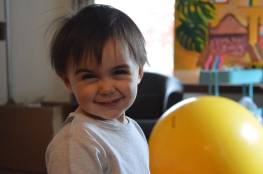 Before you judge me as a sell out, it’s like this – Yeah, I have down-for-the-program-and-up-the establishment values. But I’ve also got a precious daughter who is gonna need school supplies soon and I promised my wife I’d take her to Paris while she was still young enough to imagine living in an art studio in the Latin Quarter. So I might sell my soul a little bit. I think there are a lot of parents who have faced that reality and made the choice of the road most taken.

I’ve lived my dream. As a tenured professor I was fulfilled by my work every single day. I’m okay with bending the dream for my family. Maybe a socially progressive Portland agency needs a community outreach officer. Or maybe the CIA will hire me to neutralize the coming Trump militia. I could really be good at that.

One thought on “Can you lead an authentic life in this mortgaged world?”

Apparently there is a No Boys Allowed Club in my house. #noboysallowed
Damn Good Dad