To start off 2018, I’d like to take us back to a moment in 2004 when Illinois Senate candidate Barack Obama said these words:

It seemed like a shift away a from the Bush-era divisiveness and surely played a role in Obama’s election in 2008. It’s worth pointing out that 14 percent of registered Republicans voted for a black Democrat in that election. It seems unimaginable now as we tweet and post from our red and blue state fortresses, rejecting anything that requires acknowledging the complexity of these issues. Remember Donald Trump in February saying,  “Nobody knew that healed care could be this complicated.” Oh, they knew.

Queer Theory has been instrumental in helping people break through their binary thinking. When we are young we are taught that the sexes are “opposite.”  We are brainwashed in gender attributes that are mirror reflections. Boys are strong, girls are weak. Boys are stoic, girls are emotional. Boys are active, girls are passive. And on and on. It continues into adulthood. Men are from Mars and women are from Venus. Men care about foreign policy and women care about education. Most adults figure out that we have more in common that in opposition. “You have a pancreas? So do I!” Gender is not black and white. It’s many shades of grey. (A little bird told me that Vice President Mike Pence wears frilly pink panties and Donald Trump actually has a mangina.)

I was thinking about the persistence of this bullshit dichotomy over the holidays when I read my old pal Bono kavetching that today’s music was “very girly;” that there wasn’t enough loud rock ’n’ roll like when he was a teenage boy. I flashed to the moment that a local Atlanta rock star I worked with in 1981 described the first U2 album as “whiney.” He should try saying music is too girly to Joan Jett’s face. Bono might turn off the Taylor Swift and check out bands like Savages, Diet Cig, Daddy Issues, and War on Women. There’s an explosion of women in rock right now. When I was 13-years-old I thought Kiss rocked and then I heard The Runaways’ Queens of Noise album. I’d put “Neon Angels on the Road to Ruin” against any of U2’s “guitar rock” without hesitation. If that’s girly music, give me more. The girls I know love the loud guitar. I’m a huge U2 fan but Bono is stuck in an antiquated binary.

We don’t live a black and white world of evil doers and God’s pious peeps. We’re all sinners. One person’s freedom fighter is another person’s terrorist. Context matters. The yin-yang symbol makes for a cool tattoo, but Buddhism does not reduce the world into a simple duality. Taoism is based on the paradox of simultaneous duality and unity. God vs. man? The Gnostic Texts excised from the Christian Bible, make the case that Christ ends that duality. The kingdom of heaven is within you. But you don’t get that message from the Christian Church. Man keeps constructing boundaries. Here’s how you get through heaven’s gate…

Duality makes sense in the abstract world of Boolean algebra, but here in reality things are rarely occurring in opposites. It’s only freaking Thursday?? And yet it’s 2018 already! Time can move fast and slow simultaneously. Even the distinction between life and death is a blurry line at best. We let those man-made boundaries define us. A person can be born with a penis, see themselves as a female identified person, AND be attracted to women. And maybe men occasionally.

The issue of gender queer persons makes binary thinkers’ heads explode. You have to fit into a nice socially constructed category. It’s either/or not whatever. You have a penis? You belong in the heterosexual male box. Anything else is a “transgression” against nature, or God, or that old Oxford English dictionary your grandmother gave you for your ninth birthday. Those boys and men who stray into the pink zone must be punished. You’re watching The Crown instead of the Sugar Bowl? Smear the queer! I remember it well. 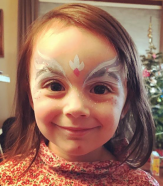 The same is true with race. You’ve got a box to fit in and that’s who you are. You are either white or non-white. Again, reality has other plans. In the 2010 U.S. Census, 2 percent of Americans identified as two or more races. That’s 9 million people. In fact, multiple-race Americans grew at a faster pace than single-race Americans (32% vs. 9.2%). More and more Americans do not fit nicely into a demographic box. Is my half-Mexican daughter “white” or “brown”? Well, when she is applying for college scholarships, she’s gonna be “Latina” when it helps. But her light skin will privilege her the majority of her “white” life.

But here we are are, in a world where the President of the United States tells transgender Americans they are not allowed to serve in the military. (Another of his many failures in 2017.) Lower-level dualistic simple thinking rules the day. Either you are with us or against us. America, love it (our way) or leave it.  Sorry, simple people; it’s just not that simple.

The reason this is the first post of the year is that I’ve noticed a creeping problem in 2017. Both sides are stuck in a binary deadlock. If you are a conservative, anyone who identifies themselves as liberal is just a “libtard” and anything they say will be dismissed out of hand. The other side is not much better. “You voted for Trump? You must be a complete moron and incapable of rational thought.”

Americans are not red or blue. They are mostly purple. Numerous surveys show that, despite political polarization, most Americans hold both liberal AND conservative opinions about things. Not only is it a scale, it’s a sliding scale. I imagine people get more conservative as April 15th approaches and more liberal over the holidays. Some people are socially liberal and economically conservative or vice versa. Some may change their political position after a good movie or a bad arrest. I spent much of my college years hanging out with Marxists, but I don’t want to live anywhere that looks like North Korea. I think capitalism is inherently corrosive but I appreciate the entrepreneurial spirit of my local Portland businesses. I even bought something in a Wal-Mart last year. (Long story.) Am I a hypocrite or just a complex person? Most people are complex. People who voted for Obama also voted for Trump and might vote for Elizabeth Warren in 2020. My dad likes to say he’s a “Republicrat.” Make your case. He’ll listen.

I’ve written about the need for political civility in this blog. But this is something bigger. This is about breaking away from the us vs. them lie that’s been fed to us. I’m a post-modernist. I want to destroy these artificial barriers that confine us politically, sexually, spiritually, and any other way. We are trapped in our dogmatic partisan perspectives, fearful of the natural complexity of things. This is nothing new in this country. Our founders divided themselves into federalist and anti-federalist camps. Surprise, surprise – the best reality was somewhere in the middle.

There are things we can do to break through this artificial dichotomy. Ask questions of people making opposing arguments. Find the shades of grey you can work with. Keep an eye out for polarizing language. I tell anyone who uses the word “libtard” in a Facebook debate that there is no point to engage after that. Others should do the same when I use the word “moron.” Don’t make assumptions about people in different camps. You probably have more in common than you know. Instead of trying to “beat” them, help them to understand your position. Break out of your bubble. Diversity is good for plant life and party conversations. Don’t be afraid of encountering strong arguments that undermine the position you’ve taken. Don’t be afraid.

2018 is going to be a hell year. Perhaps the most important mid-term election in this nation’s history is only eleven months away. It’s going to be emotional and people are going to be combative, defensive, and needlessly inflammatory. We could divide ourselves into two opposing factions, a new civil war. Or we could reject the red and blue traps we’ve created for ourselves and make America fully human for the first time. “Hi, I’m Ying Yang, Yeah, it’s complicated. Get to know me.”