I was recently on a panel in Washington DC, assembled by a congressman, charged with addressing how we should respond to the neo-Nazis marching in the streets of America. For my initial statement, I was only given 6 minutes so I was decided to make one point as strongly as I could. Fortunately, it was carried live on C-SPAN, so I think a large audience got to hear it. 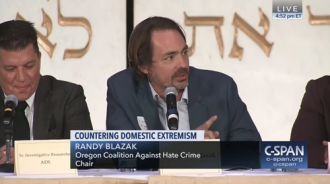 My one point was that people, especially white people, need to stop saying they’re not racist. We all internalize white supremacy from an early age. It seeps in from our parents and our TVs. It’s impossible to not be racist in this racist culture. Implicit bias tests prove it. And that goes for people of color who get the same “white is right” messages and devalue those with darker skin tones. Just look at the complexions in any black or Latina beauty magazine. Own it and work on it. We can’t deal with alt-right racists until we deal with our own racism.

So can I truly call myself a feminist? I’m a sexist, but I’m on the road to recovery, one day at a time. Some days I fall backwards more than a few steps. The misogynistic programming is more complete than the racist programming. I want to be a feminist but the sexism runs so deep, that after decades now of working the program, sometimes I feel like I’m barely out of the gate. Just today I referred to grown women in jazz history as “girls.”

My path to and as a feminist has been littered with horribly un-feminist behavior. Some issues could be argued from a feminist perspective. For example, accusations that I have entered relationships where there was a “power imbalance,” force me to ask the necessary question – In a patriarchal society, in what male-female relationship is there not a power imbalance? If I dated a former student or a university administrator, there was a power imbalance. (I’ve dated both.) The issue arrises when that imbalance is exploited. That’s a lot different than it just existing. And often there are competing power balances at work. See? It’s not so simple in the real world.

Others have just been me stupidly not addressing my male privilege. Here’s a good example (changing the names). I had entered a relationship with a woman named Veronica, but I still cared what Betty, from an older relationship, thought of me. She was not convinced that Veronica was a good match. So I tried to sell Betty on how strong Veronica was, as a person. I told Betty a little about Veronica’s history of sexual abuse and that she was a true survivor with a depth not evident when you just glance at her. Now, I see it was a horrible betrayal of Veronica’s trust and was only shared with Betty for selfish reasons. Pretty freaking un-feminist.

The latest message is that men can’t be feminists because, no matter how down for the program we are, we still have a vested interest in patriarchy and the disempowerment of women. But we can be “pro-feminist.” That’s similar to me urging white people to stop saying they’re not racist, but take an anti-racist position in their lives. This is reflected in the great quote from Angela Davis, “In a racist society it is not enough to be non-racist, we must be anti-racist.”  So maybe stating that I’m a pro-feminist male carries more weight than just saying I’m a feminist.

I mention this because a pro-feminist male colleague of mine is currently under the glare of the spotlight after some anonymous accusations emerged of inappropriate behavior on his part. How could this feminist role model not be be perfect in his gendered behavior? On one hand, it is important to believe women after generations of female complaints being dismissed out of hand. On the other hand, due process matters and in this day of rumor-mongering campaigns, people still have the presumption of innocence. From what I can tell, the alleged offense seems minor but I am far from knowing all the facts of the case (as, I’m guessing, most of the people who have commented on it are). But it seems like once there is blood in the water, those that think it’s impossible for a man to claim feminism are racing in for a chomp. His guilt or innocence won’t matter once he’s been devoured.

There is no such thing as a perfect feminist. I could be called a hypocrite once a day and I’m guessing the same could be true for most of my feminist sisters. Can you be a feminist and like Madonna? There is a feminist debate about that. Lots of feminists miss out on the importance of intersectionality. Can transwomen be a part of your sisterhood? There’s another debate. Those jeans you’re wearing were made by young girls in sweatshops in Bangladesh. A debate that should be happening about that. Us men have all those debates and the brainwashing that has told us from birth to dominate and conquer and never ever shut up and listen. So yeah, I’m a feminist who acts in un-feminist ways pretty frequently. But I’m working on it.

One day at a time.

Note: I’m a subscriber to Voice Male Magazine. It’s a great place for men to find their place in the feminist effort liberate both women and men from patriarchal oppression. Check it out!