Near the end of my tenure at Portland State University, the provost instituted her “challenge,” called reTHINK PSU, designed to encourage the growth of the use of technology to expand the university . She invited a speaker to get the faculty onboard the move to online education. He repeated the Nathan Harden line, that in fifty years half the brick and mortar colleges and universities in the country would be history, replaced by websites (probably run by some kid in India). The message was get on the train or get left at the station. He tried to make the point by claiming that CD technology had replaced vinyl records, so get ready for college professors to go the way of the Foghat album.

Ironically I was listening to this talk sitting in my office in Cramer Hall as it streamed on the university server. If I had been in the room, I would have jumped up to say that CDs sales were tanking, but vinyl was making a massive comeback, growing even faster than downloads and streaming music. Fortune magazine reported in April that vinyl album sales were at a 28-year high. Turns our kids want their Taylor Swift on wax (and their teachers in the goddamn classroom). Sometimes the old way is the best.

I say this because I really fell off my hipness high horse this year. The arrival of the baby in 2014 got me out of the cavalcade of live shows and endless hours in record stores. In 2016, between a rampaging toddler, the effort to return to work, busting Trump’s tiny balls, and finishing my new novel, The Dream Police, I just abdicated my staples for side-lined music aficionadodom. My favorite podcasts,  All Songs Considered, Sound Opinions, and Alt Latino, went un-downloaded. Our local weeklies, Willamette Week and The Portland Mercury, remained in their boxes on NE Alberta Street. An occasional breeze or hip kid would blow in to let me know what was up, but I missed so much. Did you know that Radiohead put out an awesome album in 2016? Of course you did.

Where I kept things real was on the vinyl front. A large chunk of the new releases I bought this year were on vinyl (including a bootleg vinyl release of Frank Ocean’s long-awaited follow up to the brilliant 2012 release, Orange). I couldn’t stop buying vinyl, at Amoeba Music in LA and Peaches in New Orleans, and a dozen record stores in Portland. Old, new, kids’ records, 45’s, and even Herb Albert and the Tijuana Brass from the 50 cent bin at Everyday Music. Solange just sounded better on vinyl and Bowie had to be experienced deep in the ruts. The ghost is the grooves, not the machine.

Andrea and I took our love of LPs into the sharing economy. Our basement just became an AirBNB called the Alberta Vinyl Den. Each guest lets me know his or her music tastes when they make a booking and I stock the room with a dozen albums from my massive collection. So guests get to feel like they are staying in the record store of their dreams, complete with a turntable and a refrigerator full of beer.

2016 was a still a great year for music. With the blessing of babysitters we did manage to see some great shows, including some true classics; Patti Smith, Paul McCartney, Brian Wilson, Bruce Springsteen, and the Electric Light Orchestra at the Hollywood Bowl (a double bucket list item). We saw some good world music, like Bomba Estereo and Bombino. We saw a wildly drunken gig by Greasy Alice in New Orleans and caught a show by old friend Chris Robinson that took us down a rabbit hole. I just caught Georgia underground pioneers Pylon at Mississippi Studios. (Last time I saw them was at the Agora Ballroom in 1983.) Earlier in the year we caught a barely attended show there by Sir Paul’s son, James McCartney and got to chat after the gig. Other than the Cuban band we saw every Sunday during our summer on Isla Mujeres, I think my favorite show of 2016 was Father John Misty at Edgefield in the pouring rain surrounded by a thousand other dudes with beards. It was perfectly Portland. 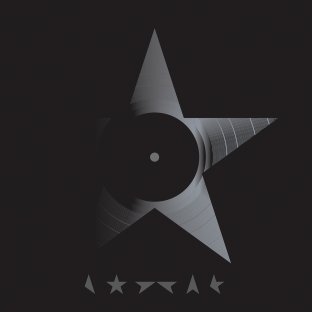 So here is my Top 20 favorite albums of 2016, recognizing that I’m surely missing a ton I will discover in 2017 or 2027. (Nick Cave’s new one? Someone said it was killer.) I really think we’ll be talking about the Beyoncé and Solange albums 50 years from now.  A serious thanks to the gang at Music Millennium for pointing me in the right direction on some good stuff.

Here’s to more music on vinyl in 2017. And more professors in classrooms.